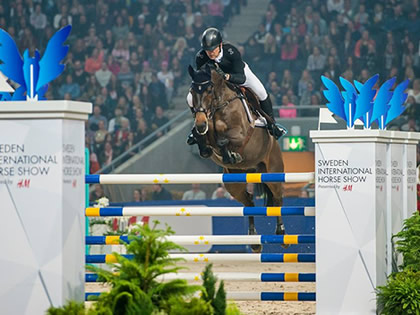 Geir Gulliksen is an extremely experienced show jumper. He has attended several World Championships, European Championships, World Cup Finals and Olympic Games. Geir is nine times Norwegian champion in show jumping and is on the list of the 100 best riders in the world.

Geir began his career when he was just 12 years old, buying his first horse with money he saved himself and has gone on to compete at the top level in show jumping, with over 200 days of travelling per year.

In addition he has worked hard and built up a successful business in Drammen, Norway where he buys and sells horses alongside being a very popular jumps trainer.