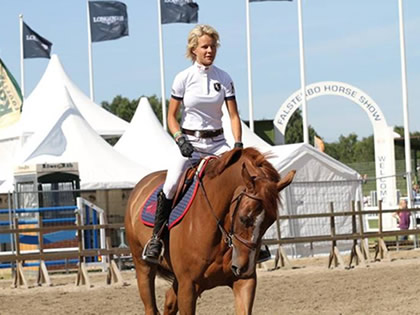 Malin was in born 10 April 1975 in Soderkoping, Sweden and began riding at the age of six. She was a very successful Junior and Young Rider winning a gold medal in the Swedish Championships at the age of just 14 as well as European Championship Team Silver (1994) and Individual Bronze (1995) at Young Rider level.

As well as enjoying celebrity status in the Swedish show-jumping world, Malin is one of the most popular riders on the international equestrian circuit. In 2003, Malin and her top horse Butterfly Flip were named the world’s best horse and rider combination. It is perhaps this accolade that Malin values most. Another of Malin’s career goals was to be ranked among the top ten riders in the world, which she accomplished in 2003.